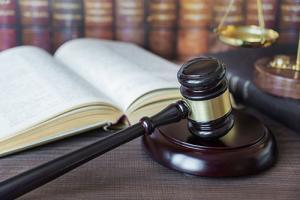 If someone you know just got arrested and called you to bail him or her out, you will need to wait until the judge sets the bail amount for the person. Judges typically set bail amounts rather quickly after a person gets arrested, and they use a variety of factors when determining the amount to set for a person’s bail. Here are some of the main factors the judge will use.
The Court’s Normal Fees
Judges often set bail by first viewing the normal bail fees. Every court has a list of bail fees, and this list has set fees for certain types of crimes. While a judge may view this list, he or she does not have to stick with the amount set. In fact, a judge can set the bail at a higher or lower amount or can deny offering bail to the alleged criminal.
To determine whether to stick with this amount, increase or lower it, or deny it, the judge will most likely look at a variety of other factors relating to the person and the crime.
The Crime
While courts view all crimes as serious matters, they consider some crimes more serious than others. Courts base the severity of the crime by categorizing the crime as a misdemeanor or a felony.
Misdemeanors are crimes that courts view as less substantial or severe. They can include theft, assault, and indecent exposure. When courts try these cases, the criminals typically get away with less severe charges than they would with felonies.
A felony crime is much more serious in nature and can result in prison time, depending on the case and crime. In addition to labeling certain crimes as felonies, courts also label them with degrees. A first-degree felony is one of the most severe crimes a person can commit.
Due to the differences in crimes and the way the law views them, a person charged with murder or rape will have a higher bail amount than a person charged with theft or possession of marijuana.
Keep in mind that the bail money serves as a guarantee to the court that the alleged criminal will show up for court appearances if let out of jail. This occurs because the criminal receives the bail money back if he or she shows up.
Another reason judges base the amount on the type of crime is for the safety of the public. Some crimes pose no risks or very low risks for the community, while other crimes pose huge risks.
For example, setting a person free for a low bail amount after being arrested for rape could cause an uproar in the community, because having a rapist set free could lead to additional rapes in the community.
The Person’s Criminal Record
Judges also like to view a person’s criminal record when setting the bail amount. By reviewing a person’s record, the judge can get a good idea as to what type of person this is. A person with a completely clean criminal record might not be as much of a flight risk as a person with a long list of crimes on his or her record.
Courts typically reward people with clean backgrounds by offering the posted set amounts for bail. On the other hand, the court might increase a person’s bail if he or she has a bad criminal record.
Getting arrested is a scary experience for anyone, and you can help your loved one by bailing them out. To learn more about bailing a person out, contact AA Best Bail Bonds. We can help you get your loved one out of jail quickly and as easily as possible.
Facebook Twitter Google+ pinterest