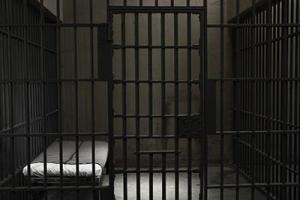 Getting arrested and thrown in jail is not only inconvenient, but it is also embarrassing, scary and frustrating. The good news is that you most likely will not have to stay in jail throughout your court hearings for the charges against you. Instead, you could post bail and get of jail quickly. The bail process can take some time, so here are some steps that will help expedite the process.

Find out the Bail Amount

Call a Friend or Relative

When you have this information, call a friend or relative for help. Explain the situation to your friend or relative, and give him or her all the information you have about your case. This may include your inmate number, the charges against you, and the bail amount. If you do not have these details, ask someone at the jail to supply them to you.

Once you have the information you need, call a friend and ask him or her to seek help from a local bail bondsman. A bail bondman offers loans for bailing people out of jail. You pay 10% of the total amount, and they will take care of the rest. This is the best way to bail a person out of jail when you cannot afford to pay the full bail amount on your own.

Next, you or your friend must contact the bail bondsman. If it is the middle of the night, it might be slightly harder to find a company that is open. Fortunately, if you are in the San Antonio area, you could contact AA Best Bonds. We are open 24 hours a day and will work quickly to help you bail out your friend or relative.
When you contact a bail bondsman, they will start working on the bail process immediately. All you must do is give them the information they ask for, and this is why it’s important to get as many details as possible about the inmate. If a friend is cosigning for your bail, that person will be responsible for the bail. In other words, he or she will have to repay the bail money if you fail to go to your court hearing.