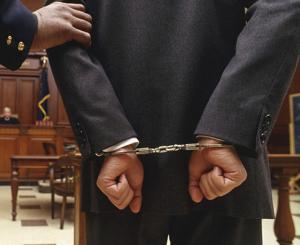 Whether you have a warrant out for your arrest or are concerned about the potential arrest of a loved one, take a moment to understand what happens after an arrest in Texas. A fairly standard series of events will follow an arrest.
The details for each step may vary slightly based on the crime and county, but the overall process is extremely similar across the state of Texas. Read on to learn a few things you need to know about the events that follow an arrest.

Step 1: The Arresting Officer Transports the Defendant to Jail

Immediately after arresting the defendant, the arresting officer will search the defendant to ensure that they are not carrying any type of weapon or illegal substance. The arresting officer will also read you your Miranda rights to make sure you understand the implications of speaking to the police without an attorney.
Once you arrive at the jail, the police will begin the booking process. The police will take your photograph and your fingerprints. They may also ask for personal information, such as your legal name and birth date, to complete the paperwork for your arrest.
Expect the police department to take possession of your belongings, including items like your phone, wallet, purse, and car keys. You will sign a form that lists the possessions you are turning over to the police.

Step 2: The Defendant Appears Before a Judge

After the arrest process, the police will take you to a holding cell. In Texas, you must appear in front of a judge within 48 hours of your arrest. At a court hearing, the judge will tell you what charges you are facing and information concerning evidence that supports these charges.
At this hearing, the judge will also set your bail. Bail refers to the money that you have to pay in order to leave jail. If you do not post bail, you will have to remain in jail until your trial.
The amount of your bail should reflect the severity of the charges against you and whether or not the judge views you as a potential flight risk. Bail is meant to ensure that you will appear at your trial; it is not meant to punish you or act as a fine. However, bail is still too expensive for some defendants to pay.
If bail is too expensive for your loved one’s bank account, consider utilizing the services of a bail bond company. When you use a bail bond company, you only have to pay a small percentage of the bail amount (typically 10 percent). The bail bond company pays for the rest of your bail so that you can leave jail until your trial.
You can call a friend or family member to begin the process of posting your bail. If you don’t have anyone you can depend on to get you out of jail in a timely manner, call a local bail bond business.

Step 3: The Prosecutor Will File Charges Against You

The prosecutor for your case will use evidence and the detail of your case to decide whether or not to file charges against you. If the prosecutor decides that there is not enough evidence to file charges, they will drop the charges.
In cases where the charges are severe, the prosecutor may present the evidence to a grand jury. The grand jury will then decide whether or not the evidence is sufficient to bring the case to trial. Know that the grand jury does not have to reach a unanimous decision. Instead, the grand jury reaches a decision using a majority vote. The exact detail of the vote depends on the procedures for your court’s district.
Need to help a loved one get out of jail? Contact AA Best Bail Bonds to start the bail bond process.